It all began with an azalea.

When Earnest Stanton, a descendent of Alexander and William Macomb, returned home from World War I in need of work to assist with his recovery, he returned to the family farm on Grosse Ile. Westcroft, the oldest farm in Michigan, maintained by the same family, was a hay farm at the time. Stanton began to experiment with Azaleas and Rhododendrons in one of the green houses. Both plants were not indigenous to Grosse Ile and were mostly grown on the East and West Coasts,  where the soil was more acidic and the climate rainier. Working with the soil, Stanton slowly changed Westcroft into a nursery specializing in acid soil plants such as Rhododendrons, Azaleas, Laurels, Dogwood, etc. Changing the treeless hay field into 5 1/2 acres of landscaped botanical gardens.

In 1984 Denise De Beausset, the 7th generation of family to own and run Westcroft decided the legacy of Stanton and his Azaleas should be celebrated. The first festival, the Azalea Festival took place mainly at Westcroft Gardens that year. With Kelly and Co. broadcasting live from the gardens there was an arts and crafts show, a Maypole dance, and a parade on Macomb Street.

As the festival grew in size, Westcroft Gardens was too small to accommodate the activities and with each passing year more of the activities moved to Macomb Street. By the second year, the Macomb Street Business Association was managing the details. Eventually, as the festival grew it was moved in 2002 to its current location at th Grosse Ile Airport. Tony Rutkowski, Chair of the Festival in 2002, explained the move, “we needed to allow more room for vendors and showcasing the abundance of activities.” Westcroft Gardens remained directly involved in the festival until Denise De Beausset stepped down from the Festival Commission.

From its very humble beginnings at Westcroft Gardens in 1984 Islandfest has grown to be one of the largest and most well attended festivals in the area. Many activities have been part of the festival from the start; the Macomb Street Parade, Arts and Craft Show, and the Carnival. An island celebration: “Where the River Ends and the Fun Begins.”

For more information about Islandfest 2021 and a schedule of events click here, http://www.islandfestgrosseile.com

"“I would like to thank Ms. Ro for being so patient and being so professional during the process of buying my first home. Every step of the process... continued"
- April Turnage
View All

AGENT OF THE MONTH 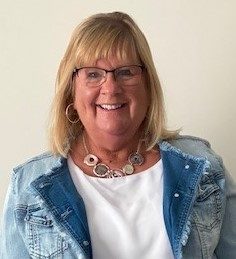